China has been the most promising Asian nation which is again the central point of popular consideration owing to its relishing infrastructure and world class townships across the vast country. Even the Chinese villages and the countryside is replete with phenomenal infrastructure and is indeed the most versatile country to visit and to stay for a while to replenish senses holistically.

China tourist visa in India is also a widely sought after phenomena as people develop insightful business motives in regard to a wider range of Chinese goods. Sans doubt, electronic, plastic and general ware from China has been largely supportive to popular lives around the world. Hence drawing such benefits always rides high to minds of businessmen and then china is itself the most beautiful place to tour and see.

Applicants need to fill up and file the visa application forms and such should always be filled neatly and with precise care. Hence seeking help from any prestigious China visa consultants in Delhi would prove to be pretty beneficial as they would enlighten the visitors on the ways to travel and how to make their travel and stay the most comfortable experience as a whole. In our case, we are pretty familiar with the rules and ways which the embassy of People’s Republic of China harp upon while considering the visa applications. For instance following aspects of visitors’ status should be crystal clear while applying for a visa:

For assured visa, please rely upon the towering expertise of Visas Kart which have enabled hundreds of tours across the world in the past 3 years. China tours planning in Delhi has been our one of towering expertise and we can even book a hotel room in any major Chinese city or a resort at any other location. We comprise of professionals with exceptional skill and experience in planning such tours and fun filled visits to China and our rich business tie-ups in China further take care of our clients while they land in China.

The Forbidden City, or Palace Museum, sits at the center of Beijing, directly north of Tian’anmen Square where the famous portrait of Mao Zedong hangs on the palatial crimson wall. It was the imperial seat forMing and Qing dynasty emperors from 1420 until 1912 when the last emperor, Pu Yi, abdicated. It was listed as a UNESCO World Heritage Site in 1987.

The Great Wall winds its way across China covering over 5,500 miles (8,850 km). While the latest construction occurred after 1368 during the Ming Dynasty, construction of the Great Wall began over 2,000 years ago. In fact, the Great Wall is actually made up of a number of interconnecting walls spanning China that different dynasties and warlords constructed over the years.

Illustrating the 20 Renminbi (Chinese currency) note, the karst mountains are famously beautiful in China. Located in the south of China in Guangxi Zhuang region, they can best be viewed from Yangshuo, a small town outside of Guilin..

BK Travel team will help you in getting your Electronic Visa on basis of your documents to high commission of Bahrain .

The following copies of documents must be submitted to support the application:

2 Color Photograph.
Photocopy of photo page of applicant’s current valid passport.
Copy of return air ticket.
Copy of hotel booking in Bahrain. Alternately, in case you are staying with a relative, please provide a copy of their CPR Reader’s printout.
Copy of bank statement under the visitor’s name covering the last three months with and ending balance of not less than the equivalent of BD300. 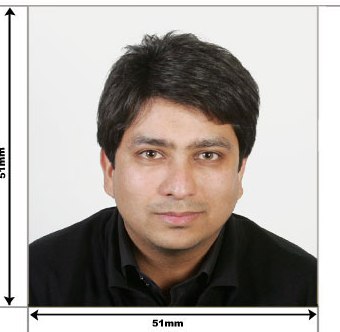 Travelling to Singapore will be more easy with VisasKart experts .

We are a premier visa/travel consultancy savouring with abounding expertise in key areas pertaining to migration, job seeking and arrangement abroad, western higher education, academic and career consultancy and plethora of other legal travel aspects solution.